After 9-11, public disaster service agencies learned to spiff up their emergency brochures with great writing and marketing pizzazz. The result has been a growing number of well-produced and extremely helpful consumer guides covering everything from floods and fires to earthquakes. Here in the bay area, Sunset Magazine and the USGS have produced several especially good examples of these guides (on left, below), which can be found in city hall brochure racks, and in the case of the USGS Earthquake Guide, folded into the Sunday paper a few months back.

One hopes that these guides are having an impact on readers, and the result will be heightened awareness and preparation that will have big payoffs when the Big One arrives. Unfortunately others have noticed the effectiveness of this public outreach and are now trying to ply information of a very different sort packaged to look like these helpful emergency preparedness brochures.

A brochure labeled What’s Next — are you prepared? (on the right, below) arrived in today’s paper. Outwardly it resembles the familiar emergency manuals, but despite the title, it has no lists of emergency supplies, no emergency numbers, no instructions on how to find your family in an emergency. In fact, it is a Christian evangelical tract, a slickly rewritten version of the tired old “end of the world — Christ is coming” stuff that end-timers have been leaving on buses and in coffee shops for years. Lurching as it does from Revelations to veiled attacks on the Pope (the Anti-Christ!) and New Age believers (“Satanists!”), it is feeble fear-mongering and useless as an emergency guide. It is an obvious attempt to exploit the popularity of public service guides, further evidenced by the lengths the authors go to hide the institutional source of their publication. Let us hope that the public sees through the deception, and thus any negative reaction to these religious tracts does not cause readers to distrust the real public service brochures whose format they so recklessly mimic.

The real thing (on left) and the religious copy (on right): 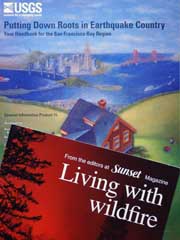 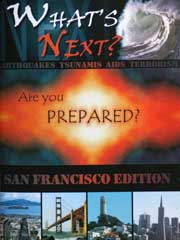